If we leave the capital heading northeast, after 30 km we arrive in the town of Gödöllő, renowned for its association with Queen Elisabeth, wife of Franz Joseph, emperor of the Austro–Hungarian Monarchy. The restored Baroque palace, originally the Grassalkovich Mansion, was the favourite residence of the queen, familiarly known by the Hungarians as Sissi. This truly imposing palace lovingly restored to its original glory has a fascinating exhibition and regularly hosts cultural events and festivals. A Baroque theatre operated in the south wing of the mansion between 1785–1867. Following its complete restoration, opera performances are once again staged in Hungary’s only surviving original Baroque theatre.

The Lázár Equestrian Park is situated near to the Castle, in the very heart of the hills of Gödöllô. This enterprise, which has been dreamt up and realized by the horse driving world champion Lázár brothers, combines the atmosphere of Hungarian villages with that of a horse farm of European standards and with outstanding Hungarian hospitality. They offer excellent entertainment not only to foreign tourists, but also to companies and firms, families, who wish to celebrate a special event in the Lázár Equestrian Park. The Park is in a picturesque environment, its nine hectares offer an ideal site for several unique programs: Spectacular horse-shows, horse driving competition for the guests on a real life race ground; Puszta Olympic Games’ as an excellent team-building opportunity, Trabant rally, quadmotors, hot airballooning, adventure games with GPS, gipsy music, folklore show and several other exciting programs. 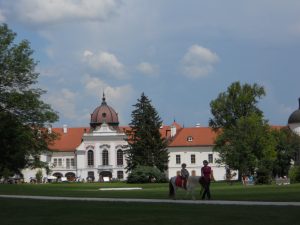 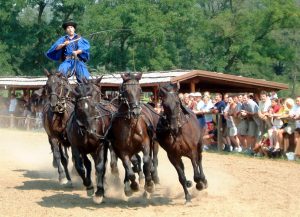