This neat town with a decidedly Mediterranean ambience has preserved its 18-19th century compactand unified layout. Its picturesque setting on the Danube, its architecture and historical monuments all contributed to the formation over the years of colonies of painters, sculptors and artists who lived and still live today in Szentendre. There is a particularly strong Serbian culture all around, brought here by Serb communities fleeing a Turkish onslaught in the late 17th century. Most of the houses which once belonged to wealthy merchants are now museums; in fact the galleries, workshops, exhibition centres and museums just come one after the other. Szentendre is home to the first (and still the largest) skansen or open-air museum in Hungary. Museum experts revive the everyday life and holidays of the old peasant way of living.

Visegrád is a synthesis of the past, present and future. At one time the border of the Roman Empire, the “limes”, ran past the settlement; you can still see the ruins of Roman watchtowers along the Danube. The first king of Hungary, St. Stephen, established a stewardship here and raised the archdeacon’s church, the foundations of which still stand on Castle Hill. The view from here is superb, encompassing the incomparable Danube Bend. The imposing citadel is not far away; during the reign of King Matthias, who had it rebuilt in Renaissance style, a fountain ran not with water but with wine during meetings of heads of state. Throughout the year knight’s tournaments are organized next to Solomon’s Tower and a medieval fair presents Hungarian handcrafts in the Palace House (Palotaház), a tourist information and event centre which also boasts a restaurant. 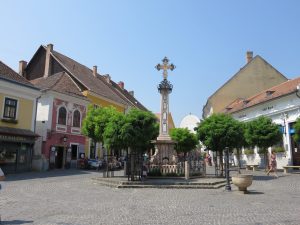 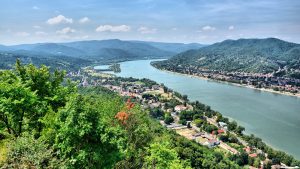 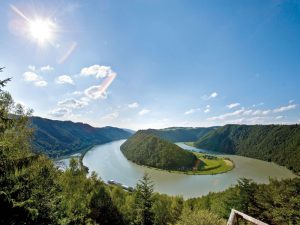