Situated at the end of Andrássy Avenue and at the gateway of City Park – a masterpiece of city planning from every perspective. When approached from the avenue, the 36-metre column topped by Archangel Gabriel can be seen from afar. The column and group of statues positioned near its base constitute a unifed visual image with the monuments arranged in two semicircles. Under their arcades stand effigies of the great figures of Hungarian history. The square, designed by Albert Schickedanz, sits between two of Budapest’s greatest museums. 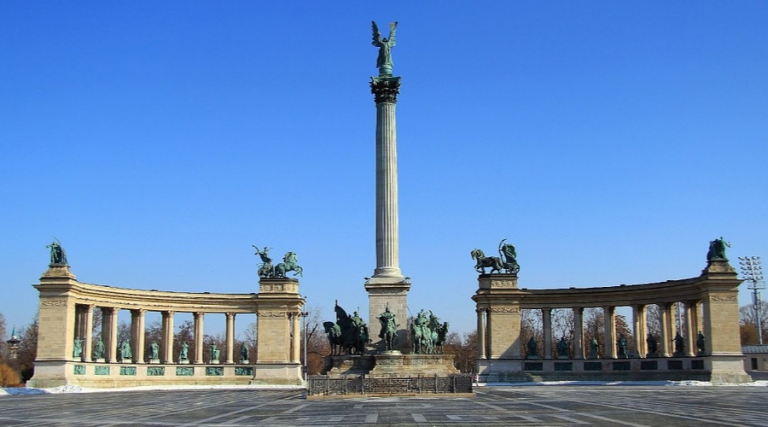 The castle was designed by Ignác Alpár to feature copies of several landmark buildings from different parts the Kingdom of Hungary, especially the Hunyad Castle in Transylvania (now in Romania). As the castle contains parts of buildings from various time periods, it displays different architectural styles: Romanesque, Gothic, Renaissance, and Baroque. Originally, it was made from cardboard and Wood for the Millenar exhibition in 1896, but it became so popular that it was rebuilt from stone and brick between 1904 and 1908. 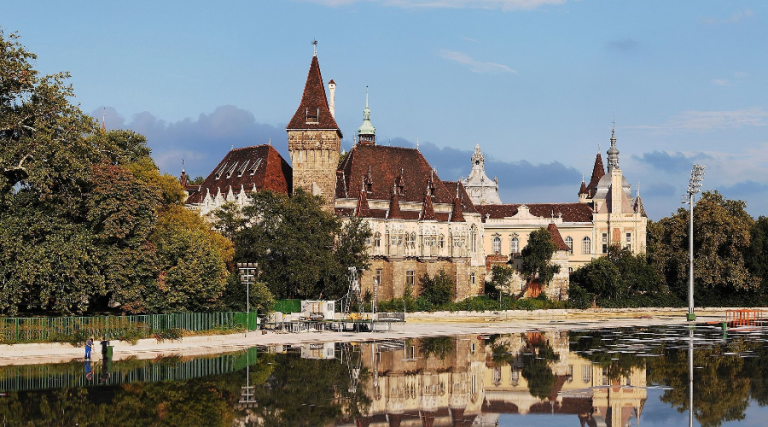 With 21 pools, Széchenyi Thermal Bath is one of the largest bathing complexes in Europe. Its adventure pool features a water chute, underwater jacuzzi, neck shower and bubble deck. In addition to traditional medicinal services, the entrance fee also includes wellness services such as the fitness gym, saunas and underwater gymnastics. 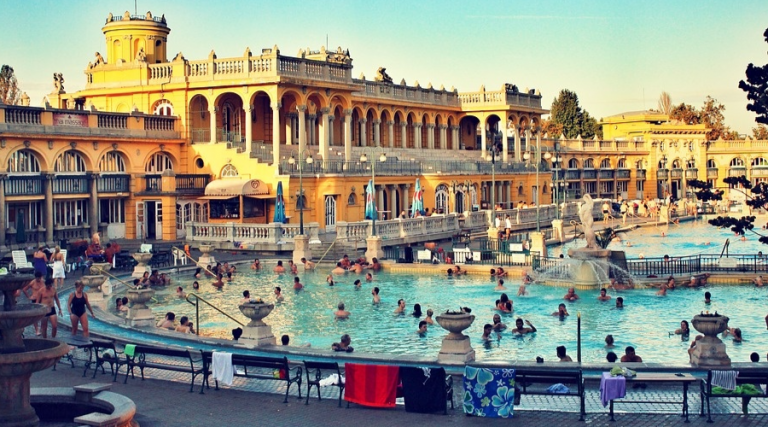 The 130-year-old building is the jewel in the crown of Andrássy Avenue. It can be visited for evening performances as well as daytime opera tours of its magnificent halls. Andrássy Avenue (2.4 km long and up to 45 m wide) is busy with cars, cyclists and pedestrians. Numerous luxury boutiques, distinguished cafés, restaurants and theatres line the avenue stretching from Erzsébet Square all the way up to the City Park Millennium Memorial. 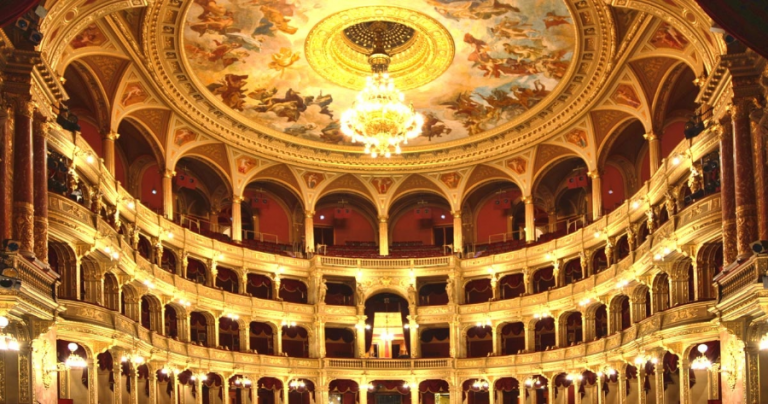 St. Stephen’s Basilica is one of the most signifcant ecclesiastical buildings of Hungary as well as a major tourist attraction of the capital. The basilica is named after Saint Stephen, the Hungarian king who founded the Hungarian state. The relic of his right hand is preserved in one of the chapels. The height of the basilica is, like that of Parliament, 96 metres, commemorating the founding of Hungary in 896. St. Stephen Square in front of the Basilica, paved in decorative stones with geometric patterns, is a favourite spot in summer: terraces with parasols, plants and the fountains of the Basilica all contribute to a Mediterranean ambience. The Basilica is also the venue for celebrated organ concerts organized weekly. 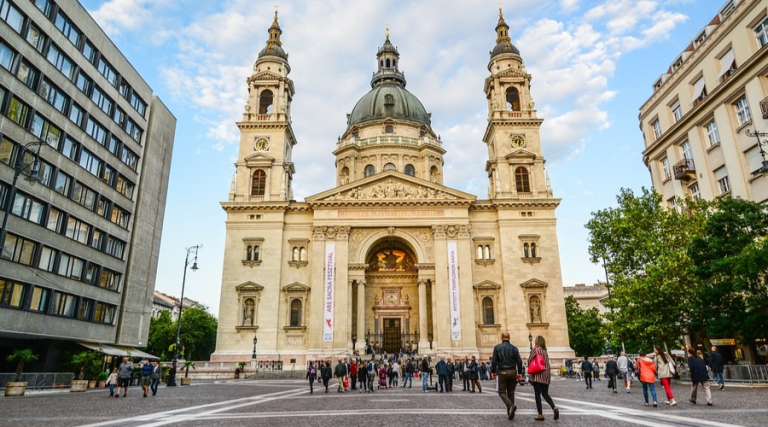 The Hungarian Parliament, richly decorated both inside and out, was inspired by the Houses of Parliament in London, thus it was designed in neo-Gothic style, although it also bears Renaissance and Baroque stylistic flourishes. The third largest parliament in the world, it was built on the 1000th anniversary of the foundation of the state of Hungary. During the 45-50-minute tour of Parliament, visitors are shown the session chamber of the Upper House, the lounge of the Upper House, Dome Hall – including the Hungarian royal crown and coronation regalia – as well as the ornamented staircase covered with red carpet. 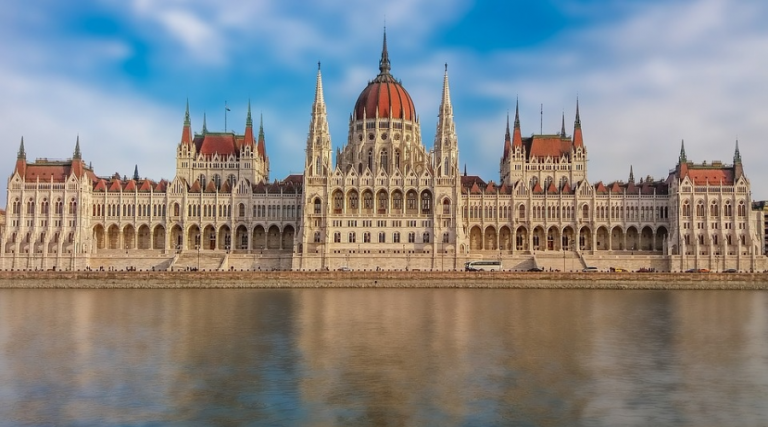 As one of the symbols of the country, this area has witnessed wars and conquests from the 13th to the 20th century. Occupied by the Ottomans, then Habsburgs, the Castle Palace has been razed to the ground three times but always rebuilt in the architectural style of the age. Its current Classicist form was given at the end of the Second World War. The Hungarian National Gallery and the Budapest History Museum are housed here. 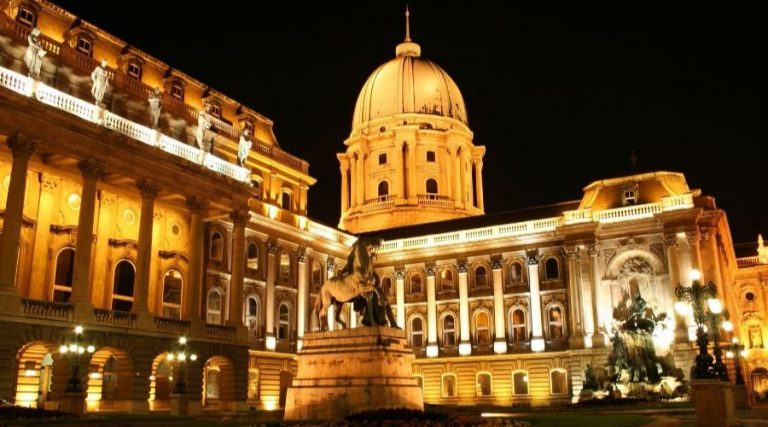 In the centre of the historic quarter is one of the city’s most famous landmarks, Matthias Church founded in the 13th century. The Turks used it as a mosque, and it was then almost completely rebuilt in the Baroque period. It reached its current state in the late 19th century when architect Frigyes Schulek built the neo-Gothic church that can be seen today. Its two ornamented towers are of different sizes. Characteristic elements of the church’s exterior are the Zsolnay glazed roof tiles, as well as the winding spiral staircase in the taller tower (the Matthias tower), allowing visitors to climb all the way up to the top. 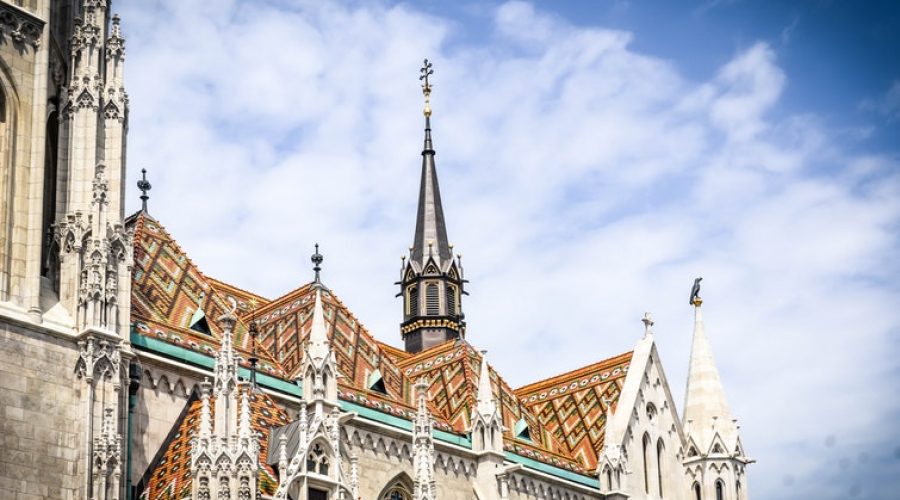 Europe’s most beautiful indoor market was built in 1896. Restored in 1994, it has become a hugely popular place for grocery shopping. The freshest foodstuffs and a variety of souvenirs are on sale in this deservedly famous structure, whose gallery houses bars and bistros.

A slice of the exotic Orient in the heart of Budapest. It is the second-largest synagogue in the world, and the largest in Europe. The building is constructed from white and red brick, richly ornamented with ceramics reflecting a Byzantine-Moorish style. Besides traditional services it also hosts concerts. 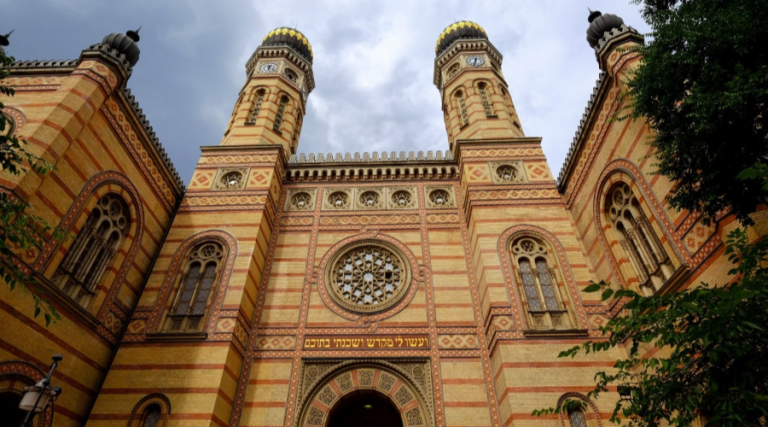